London have more than buildings

London is not just simply the British capitol, or with its more than 8 million people one of the biggest cities in Europe. It also witnessed about 2,000 years of human history from its origin as a Roman settlement and with the following Norman influence, the establishment of parliamentary democracy, centuries of industrialisation and world domination as a capitol of a colonial power which entered its downfall after two world wars. During the last decades the city transformed its face shaping manufacturing industry with all the catastrophic environmental impacts into a service driven economy within the financial sector what can be observed especially in the Docklands, the former harbour area. Monumental time witnesses of each epoch of the whole history can be found in various places.

Who should just be interested into the present can discover a lot of spots in terms of culture, entertainment and or simply pleasure can draw a lot out of an endless offer. The descriptions below shall guide you through the most important locations what this city has to offer with its kind and helpful people.

Museums to visit in london

A lot of classic arts we will find in the National Gallery at Trafalgar Square. You would like to sit with Your London Callboy on a bench with me admiring the masterpieces of Leonardo da Vinci?

More contemporary arts you can see in Modern Tate at the South side of the River Thames and if you like to view with me cultural goods from Egypt, China, India and other places around the world we can spend a whole day in the British Museum.

Everybody who is interested in dinosaur skeletons, botanic, geology, zoology, etc. will be amazed by the Natural History Museum in Kensington.

The Imperial War Museum in Vauxhall exhibits the war technology and artwork about war from the past to the presence.

And who wants to learn about the history of London from its beginning until today should not miss the opportunity to go to the Museum of London Docklands.

The entry to these places are free of charge sponsored by the government, the Crown or private institution in order to offer education to the public.

Not free but worth to visit is the Madame Tussauds exhibition famous for its waxworks at Regent’s Park and which is easy to reach from Baker Street Underground Station.

The former WW2 ship HMS Belfast near Tower Bridge which also belongs to the Imperial War Museum and the sailing ship Cutty Sark in Greenwich were converted into museums.

I would like to visit Tower Bridge which is also a museum. Will you go there with me?

Going for a walk along the River Thames

For every visitor who is not reluctant to a longer walk I would start our tour with the Tower of London first. Already from outside the medieval building complex is impressive in its size taking into account the relative primitive means available during its construction in that time in comparison to today. Now regarding the office towers of the City of London in the background The Tower of London appears a bit lost. The City of London is the financial district of London and the historical heart.

We cross the river at Tower Bridge with the mentioned Docklands to our left and at the end we turn to the West to continue our walk along the South shore of the River Thames passing the City Hall where the Major of London works, Borough Market, the Golden Hind (the reconstructed ship of the famous pirate Francis Drake), places where you can enjoy your drink close to the water, Modern Tate as mentioned above, the popular ferris wheel called London Eye which was erected for the millennium, and also after crossing the Thames again at Westminster Bridge the Houses of Parliament with Big Ben.

Nearby is Westminster Abbey and Whitehall – the road where all the government buildings are accommodated and where one can find the junction to Downing Street. No way to visit the Prime Minister, the street is strictly guarded by armed policemen behind an iron gate.

We leave the traffic behind us in St James’s Park and find some recovery from the noise and hectic and walk along ancient deciduous and the water of St James Lake where a lot of pelicans, swans and other waterfowls live. The Mall leads us to Buckingham Palace from where we head to Hyde Park where for example a music festival takes place during summer or where on Sundays at Speaker’s Corner everybody can hold a speech about everything what is considered as important for the wellbeing of the world. If you should have the intention to do so we have to find a step ladder or a box for you to stand on. I prefer to move around there as a listener weekly. We can also enjoy the Serpentine lake and Kensington Gardens where it is not far to the Lady Diana Memorial and the Royal Albert Hall where you not just listen to classic music but also to popstars like Adele. More Parks like Regents Park can be visited but it would take too long to describe all of them.

After a ten minutes’ walk we reach the Knightsbridge district were sometimes luxury apartments can been rated with £6,000 per sqft or more. But in the famous Harrods warehouse also more affordable products can be found apart from the ones for millionaires. Districts on the same luxury level are also Mayfair, Marylebone, Kensington, Chelsea, etc.

Everybody who is getting hungrier to discover silent areas in this vibrant city should be advised to walk along the canals in the North between Little Venice and Camden Town which is famous for its shops and boutiques in a fashionable style but which also offer everything for Punks, Gothics, Hippies and so on.

Restaurants, cafes and night-live in London

Excuse me? You are still not tired by all the walking? You have found appetite for making the night to day? Well, let’s see where to start with the escortservice!

First we can enjoy a nice dinner. A decent English meal in a pub is almost associated with Fish & Chips but also you can learn more about Shepard’s Pie, Sunday Roast, Fish Pie and so on. Due to Britain’s history the influence from distant cultures cannot be denied. Names like the in India rooted Chicken Tikka Masala, Jerked Chicken from Jamaica or Biryani from Pakistan fill the menus in various restaurants in London.

I enjoy Arabian food in one of the numerous Lebanese restaurants in Edgware Road near Hyde Park. Regardless in which restaurant you spend your time with your delicious meal and a good wine, it is served from very friendly people which reflects the mentality here in London. Apart from Edgware Road I frequently visit a French bar and restaurant on a first class level at Sloane Square in Kensington where I appreciate a good coffee with one glass of cognac.

You fancy cinema, theatre or musical? With the last you are right in Soho where you find them at every corner but in terms of theatres you won’t miss out anything. Bars line the streets and Soho is famous for its liberal attitude towards the Lesbian Gay Bisexual Transgender (LGBT) scene. The Ku Bar, Comptons of Soho, Admiral Duncan or G-a-y Late are just examples.

Other areas in London with attraction for night birds are Shoreditch and Old Street in the East or Camden Town in the North which I mentioned above under Parks and Canals. Furthermore, I recommend night clubs like The Loop or the Tape London in Mayfair.

More and more could be told about London what could fill a whole book. My advice is to discover all these things or even new ones with me. 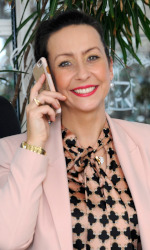